Why I Understand My Clients’ Struggle with Weight Loss

When you see me training my clients at work or lifting heavy weights on my own, you wouldn’t believe that I spent several years struggling with my weight. I am not like many personal trainers. I didn’t play a sport growing up and I most certainly wasn’t always in shape.

There was a time when I wouldn’t have been able to run from my bedroom to my front door (which can take all of 3 seconds to do) without having an asthma attack. I wasn’t raised in an athletic home. My dad had played sports when he was younger but no one in my family exercised on a regular basis and our eating habits weren’t that great. I sometimes got picked on and called names for being a little chunky. Surprisingly, I handled the criticism pretty well especially for only being in middle school. I figured being a little overweight with some health issues (asthma and epilepsy) was just the card that I was dealt with.

That was until I watched the movie The Nutty Professor. There was a scene when the main character, Sherman Klump (who was also overweight) attended a comedy show and the comedian on stage began cracking jokes on him about his weight. You could see how Sherman tried to laugh it off and act like it wasn’t a big deal but you could tell deep down it definitely made him feel bad about himself. I know it’s crazy how something so simple like that hit home with me and made me want to do something about my own weight problem.

Like that character, I definitely tried to overlook the fact that I wasn’t thin and pretty as some of my classmates. I didn’t want to continue looking the way that I did. I didn’t want to go to high school being overweight. It wasn’t so much about the health issues it had more to do with looking a certain way. I was a typical teenager when it came to body issues. I wanted to be thinner like my friends because to me being thin meant that I would be pretty.

At that point, I decided to make some huge lifestyle changes. I started working out at home using my mom’s VHS workout tapes, which were sitting around collecting dust. The summer before freshman year in high school I began working out. I lost about 10 pounds before hitting a plateau. I then started changing what I was eating. My sister and I had become regulars at several of the local drive-thrus (Burger King, Taco Bell, McDonalds, etc.). I spent about a year making sure that I didn’t go to any of them and started spending my allowance on fitness magazines and books. I pretty much taught myself how to cook healthy food because of course this was before the Internet was popular so I couldn’t just Google healthy recipes.

The weight continued to drop and my clothes got bigger and bigger, which I loved! There was even a brief time that I got a little crazy about losing the pounds that I did develop a few unhealthy habits because I wanted to hit a specific number on the scale much faster. I weighed myself multiple times a day. The number on the scale even determined if I was going to have a good day or a bad day. I slept as much as I could on the weekends so that I didn’t have to eat too many calories. I consumed very little calories in the day, which zapped all of my energy so I would come home after school and take long naps.

In my head, I just had to get to 130 pounds. I don’t know why but that number was always in my head as being the number I needed or thought I needed to be. Like I said these poor habits didn’t last long and only made me feel crazy. I did manage to get to 130 pounds but it definitely wasn’t sustainable and I had no muscle tone. By junior year in high school, I finally leveled out at around 140 pounds (about 40 pounds from my highest weight) and wore a size 8-10, which was a much more appropriate weight and size for my body. I felt strong, healthy and proud!

Working out had become addicting. I loved how I looked and most importantly how I felt. People who knew me constantly asked what I had done and how had I lost so much weight, as if there was some kind of magic potion. I knew then from my experience that I wanted fitness to always be a part of my life and that I would somehow incorporate it into my professional life someday.

Since then the number on the scale has fluctuated up and down but I still manage to wear the same dress size. Now I don’t even bother weighing myself; I’m not going to lie the number on the scale can still bother me. I like to just go by what I see in the mirror and how I feel in my clothes as a way of gauging if I need to re-evaluate my food choices.

I try to get my clients who are on their own weight loss journey to do the same thing. I’m going to be honest, though and I’m sure anyone who has had a weight issue knows it’s a constant battle that never really goes away. Even as a fitness professional I have my good days and bad days just like anyone else, but I think it also helps me understand my own clients and their struggle with weight loss even more. I like to always remind them patience and consistency are key.

1 Post
Iman Abdul-Salaam
Iman is a personal trainer and group fitness instructor at Empower Personalized Fitness. She helps clients of all ages and fitness levels stay consistent with their exercise programs through programs that are challenging and fun! 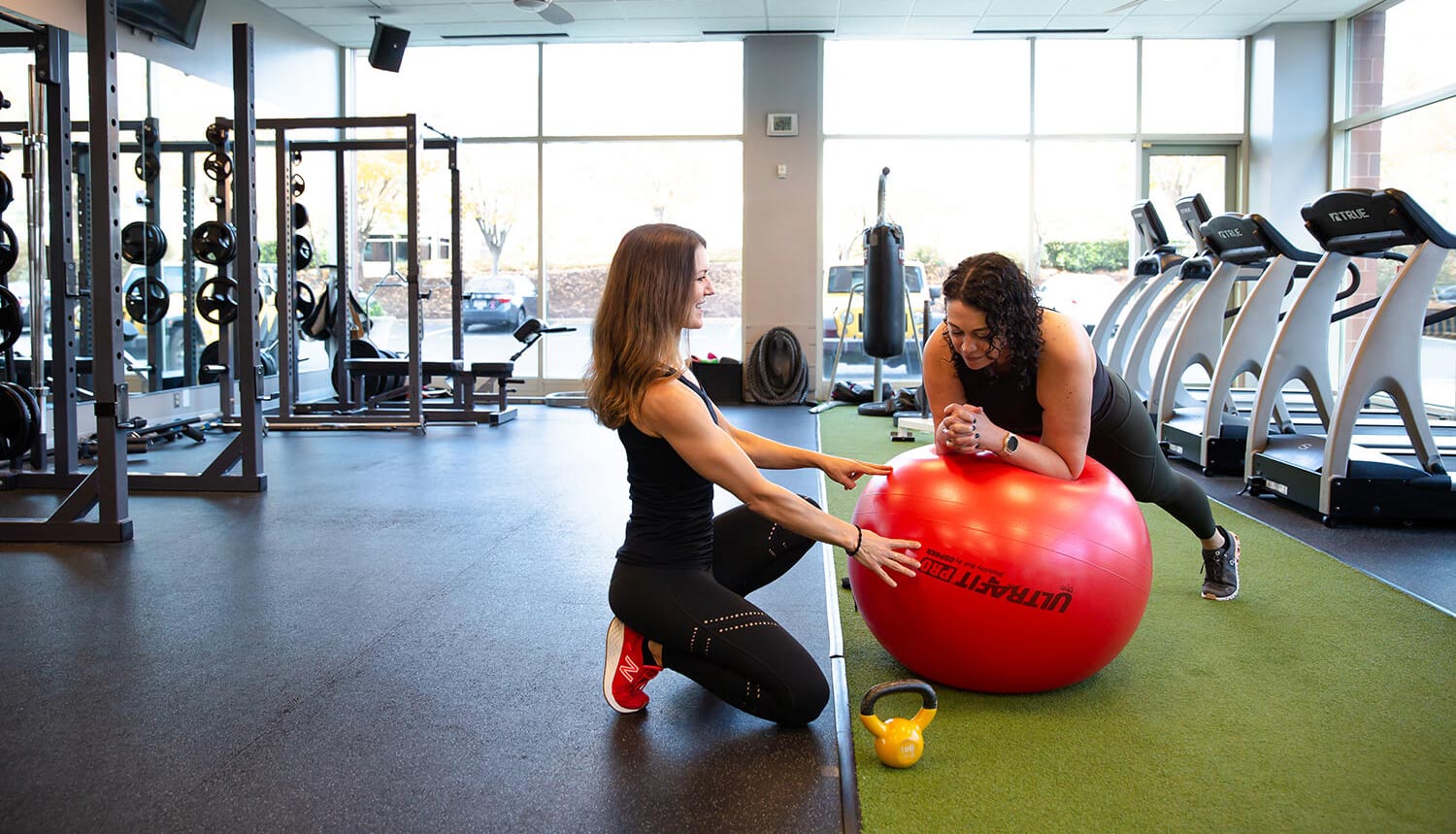 We have rolled Black Friday, Shop Small Saturday, and Cyber Monday all into one fantastic deal!

Make sure to mention Shop Small Deal when you meet with your trainer.